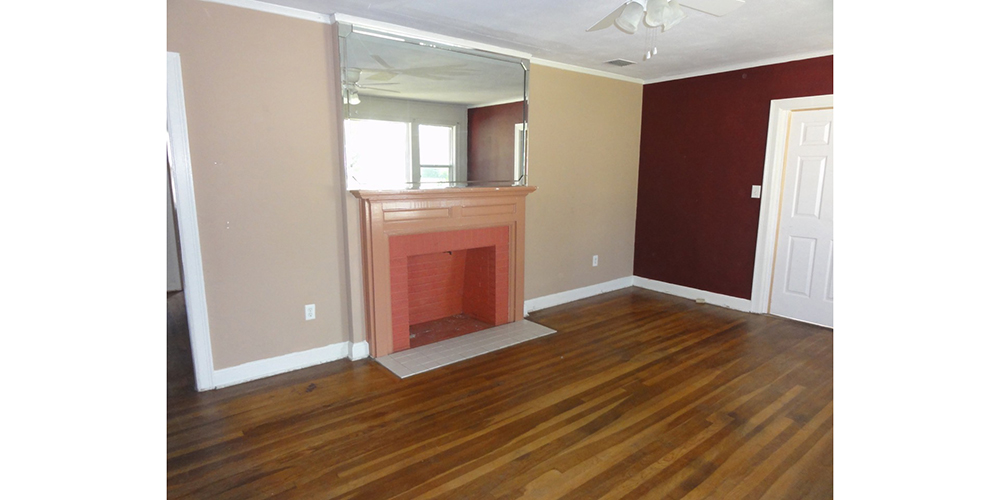 This Jacksonville home had been owned by an elderly woman who had done no remodeling.  It was an average home for the neighborhood but had some great selling features: hardwood floors, a large kitchen and a one-car garage (many nearby homes had on-street parking only).

Issues:
1. The home was old-fashioned and too costly for the owner to remodel.
2. It had been vacant for months and had glaring problems like missing electrical covers, a tattered awning, and debris in the garage and backyard.
3. It was in an area with a history of residential break-ins.
4. The owner lived out-of-state.
5. The home would not appeal to turn-key buyers, but priced too high to appeal to investors.

Solutions:
1. We had the house professionally cleaned – it was spotless — and hired a handyman to do minor repairs, paint and remove trash. The house was old-fashioned but it showed well.
2. Two fake cameras with flashing red lights were placed at the front and back doors. A security sign was posted on the lawn and security stickers on all the windows.
3. The house was priced between the low end (investor range) and high end (remodeled homes).

Owner Testimonial:
Gunilla provided outstanding services. We live in Ohio and had to sell a home in Florida. She found a handyman and a cleaning company that were very reasonable to help us prepare the home to be listed. Gunilla was a blessing. We would have never been able to sell the house so quickly without her. The second day on the market we received an offer for $2,000 over the asking price. Thirty five days later the house was sold.